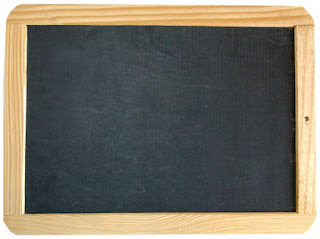 If you haven’t brushed up on your Latin in a while, the title of today’s letter means “blank slate,” which first came into use as a phrase with philosophers as early as Aristotle, was carried on as a concept by the Stoics, and probably entered the modern mind through the writings of John Locke. All of these thinkers essentially proposed the same thing: namely, that the mind is blank at birth and all knowledge is “written” upon this clean surface. And while part of this letter deals somewhat with that idea, the phrase can also connote the more contemporary metaphor we use to designate a new beginning, a fresh start, which—as we all know—is something that we all need from time to time.

So much has changed in my life since the writing hiatus began more than eighteen months ago, not the least of which was leaving Durant High School, the place where my teaching career began. When I first walked onto that campus, it was as a USF grad student trying to scrape together a few bucks on the side while working on my Masters. I began as a substitute teacher who traveled to numerous high schools in the southern and eastern portions of the county I live in, but was eventually hired to replace a teacher who could not finish the year due to needing to take her maternity leave. Little did I know then that by saying “yes” to become her replacement that I would alter the course of my life’s trajectory in no small way. It would be a decade later when I would say goodbye to this place for numerous reasons, the most important of which was that I needed to hit the reset button on my career, I needed that “clean slate.”

I was invited to speak to the incoming freshmen class at Durant this summer, and a wave of nostalgia swept over me as I drove out to that picturesque cow pasture upon which the school stands. I hadn’t made the drive out there for any reason in some time, but the car ride gave me lots of quiet time to think about what it meant to teach at this special place. After delivering my message to the new freshmen, I visited and caught up with several of my former students who had grown so much in various ways. When I arrived home, I remember telling Erin that no matter what I did for the rest of my career in education I would never have another experience like I did at Durant. Between my age/where I was in life and how much I had grown personally and professionally over those years, nothing in the course of the rest of my days would ever be the same. And for the first time since I had left the place for good fourteen months earlier, I was truly okay with my decision to leave Durant because I knew that the fresh start I had been given at another school had already changed me for the better.

There may have been numerous reasons that led me to leave, but the most essential was that I wanted to be nobody again. Whether that is a complete copout on my part, I still don’t know and it’s something with which I still continue to wrestle. But it’s true—I craved anonymity. Plus, I needed a new challenge and to work with new people. I had spent five years in the English department, another six in Social Studies, and now I was about to do an about face and try my hand at mathematics. Though I probably could have stayed at DHS and still made the switch, the lure of being just another new face at a different school beckoned me like an irresistible Siren’s song.

The next year I spent at the most recently built school in the district, Strawberry Crest High School. It is an undeniably amazing place to work as an educator for any of the following: the people—the administration is top-notch and the faculty on both the traditional and IB staffs is comprised of all-around great teachers; the school is outfitted with the newest technology, every room has flat-screens, Smartboards, projectors, etc; and, most definitely, the boat-tailed grackles. While teaching math in general and Geometry in particular were great, and the students I had were all awesome, nothing gave me greater pleasure than listening to and watching the grackles fly around campus as I took my morning walk at the beginning of second period. This became a favorite ritual because it allowed me to think about how my lesson went during first period and how I would adjust it for later. But that was only on the first lap around campus. The second lap was more of mindful walk where I would try to just receive each gift as it appeared in my field of consciousness, whether it was the transition from sunlight to shade, the way the breeze felt against my skin, how my footfalls jostled my body, or a shared smile between myself and a randomly passing student. Not a single one of those second laps went by, however, without me taking stock of those wonderfully iridescent blackbirds and their strangely alluring call. Though I couldn’t quite figure out why they congregated at such a high density at the school, I have never seen them in greater numbers anywhere outside of that campus.

But I left there, too…

Something about leaving Durant uprooted me in a way that I never expected or intended. True, I had an incredible year at Crest and had the opportunity to teach IB (something that still remains high on my list of priorities as an educator), but making such a sweeping change to my life had positive consequences that were unforeseen. Now I found myself craving another new challenge even though I had only recently begun one, but I had learned in the process that sometimes throwing ourselves into a state of upheaval leads to desiring change rather than avoiding it. Typically we like to keep everything in stasis because it is safe and we are not threatened in any way. What I learned, however, is that can’t be done. Change is all we ever get in life—change is the only constant. Why not harness it, then, and use it to propel ourselves forward and to greater heights?

As it stands now, I may be in for another change as early as next year. I am really starting to enjoy my work as a mentor, but the program could possibly have a pall cast over it by the end of the year due to large budget deficits within our school district. While I would like to remain in this role for a few years to help others and become a better teacher myself in the process, I know I will be okay no matter what happens. Either way, the time I have been granted so far in the program has been extremely challenging and rewarding; if it will not be there next year, then I get to return to a school that I really enjoy working at and also has these awesome birds flying about and squawking their cool calls. In due time we are bound to discover what will happen with the mentoring program, but it’s easier to take in stride now that I’ve discovered the real secret of the phrase “tabula rasa”—frequency.

When we talk about needing a “clean slate” in our lives, we’re concerned with changing the big picture. It might be a getting a new job, changing professions, starting a new habit, or any other number of possibilities. Yet in conjunction with the realization that change is all we ever have, I’ve begun to acknowledge the simple fact that we are handed a tabula rasa every day of our lives. As human beings we have a tendency to constantly evaluate our lives by the huge chunks of time we demarcate for varied reasons—childhood, college, etc—and then spend more time thinking about these stretches while missing out on much of our day to day doings. When I thought I needed a fresh start by leaving Durant, what I really needed was a fresh perspective—something we can all have every single day if we learn to let go of the contrived notions and narratives we’ve made out of our entire lives (or at least large swaths of them). Each day is another chance to erase the mental chalkboard and begin anew. Keep what you want and find useful, discard the rest. By beginning to change the small picture of our daily lives, the big picture begins to take care of itself and becomes less and less of a focal point for rumination. The biggest takeaway I’ve learned during this time and experience is that it’s a mistake to think you can change your world by changing your external circumstances—only when we reorder our internal experience by graciously wiping our slates clean each day, giving ourselves permission to begin again, and focusing on this day, this moment, do we really experience and cultivate well-being over time.

A Note Concerning the Letters

Though each of the letters can be read as an individual piece, it is perhaps best to begin with the first letter and read them sequentially.